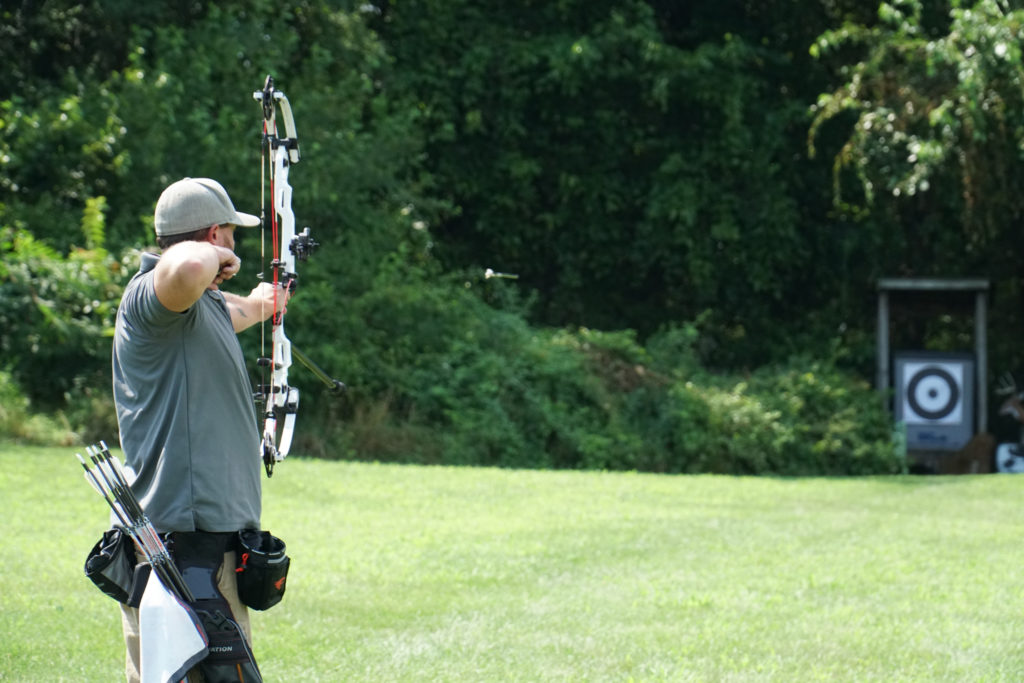 As archery hunters, we tend to be a solitary bunch at times.  Most of our time in the Spring and Fall is spent chasing our quarry solo; be it whitetails, turkeys, or otherwise.

However, one of the great aspects of archery is that serious bowhunters and target archers take the task of honing their craft quite seriously, and this requires a dedicated practice schedule with your bow.

Practice sessions are made more enjoyable when they involve family and friends who also have a passion for archery, but even then, shooting at the same target from the same spot in the backyard can get monotonous after an entire Summer.

Sometimes it’s hard to stay focused and driven after such repetition. Keeping a dedicated practice regimen can be made easier by sprucing up your evening shoots with some good-natured competition.

If things feel like they are getting a little “slow” call up your buddies and try one of these backyard archery games which will provide some enjoyment while also helping you to become better prepared for hunting season.

This game is pretty simple to set up, but the actual game itself can be as challenging as you choose for it to be.

Get a bag of inexpensive balloons from a craft store and blow them up to varying sizes.  Decide on a scoring system with your buddy and write numbers on the balloons with a black sharpie.

The largest balloons are worth the least number of points, and the smallest are worth the most.  Attach the balloons to your bag or 3-D target with some target pins, being sure to leave some bare spots on the target, and then decide on the distance you will shoot at.

Make sure that the number of balloons is a multiple of how many shooters are playing the game.  For example, you might use six balloons for 2 shooters and nine for three shooters.  This way, if everyone connects with a balloon on every shot, all shooters will still have an opportunity to hit a balloon each time.

As the rounds go on, you can change the shot distance.  Flip a coin to determine the shooting order.  Each shooter has the opportunity to go for bigger points, or play it safe and shoot at larger balloons, early on.

As the game progresses, fewer options become available, so it will force you to strategize in regard to your shot selection.  If you are shooting at a 3D target, you can make the balloons relative to the size of the different vital areas of the animal.

This makes the game a bit like a 3D competition, with the caveat being that once a balloon is popped, the next shooter doesn’t have the option of scoring in that same ring as they would on a 3D course.

Dollar shoots aren’t a new thing, but they are guaranteed fun for archers who like some low-stakes wagers.

Now, we would never encourage the defacement of currency, so for the purpose of this article, we’ll tell you to find some old monopoly money that you undoubtedly have in an old game cupboard somewhere.

Pin a “dollar” to the target, and have all the shooters put a real dollar of their own in the “pool”.  Choose the distance you will shoot at and flip a coin to determine the shooting order.

Whoever’s arrow hits closest to the center of the bill wins the money in the pool.  For the sake of the losers, be sure to play another round- double or nothing! 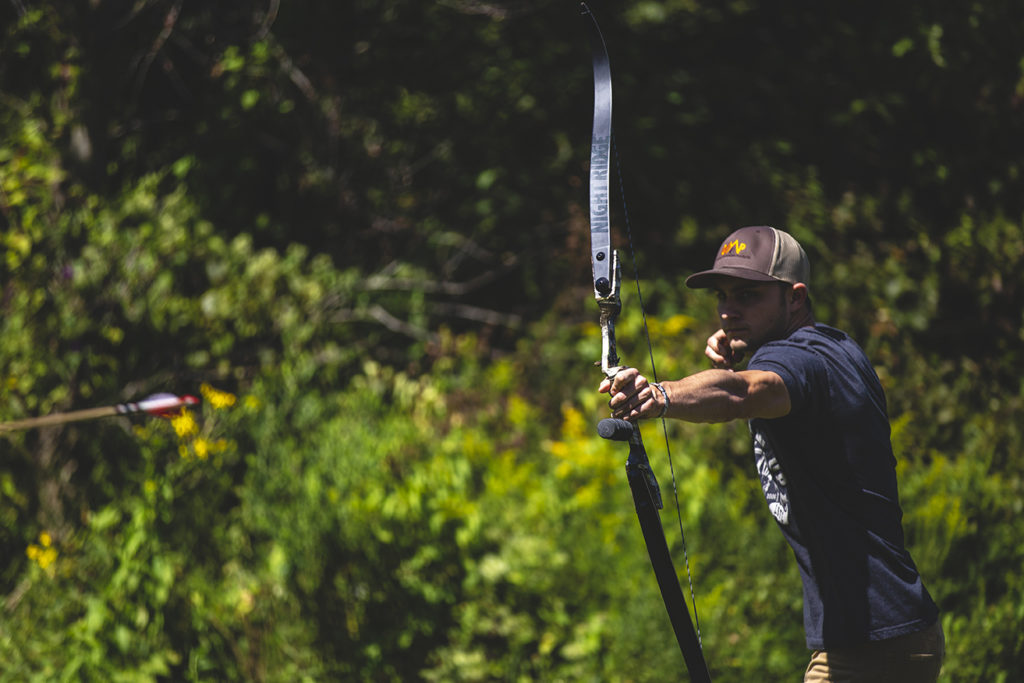 This game can be played with any target, but it is really the most enjoyable to play with a regulation 3D target.

That’s because playing this particular game with a 3D target will force you to encounter different shot situations and angles that will translate to real-life scenarios in the field.  You can get however elaborate you wish with this game, the most important consideration is to always be sure of your backdrop as you move around to shoot at the target from varying angles.

If you have a treestand-worthy tree in your backyard, setting up a ladder stand will give you some additional and realistic shot scenarios to choose from.

Once your target is set up, determine who will go first.  The first shooter needs to pick a place to shoot from in the yard and call a spot on the target.  They can choose any angle and call any place on the target.

For example, someone might call the 12 ring.  Or, for a hard-quartering shot, they might call the edge of the animal’s vitals and body to replicate the desired point of impact in a real hunting scenario.

For bag targets with multiple bullseyes, the shooter calls the specific bullseye and the ring they are aiming for.  If the first shooter connects with the intended spot on the target, the next shooter(s) have to stand in the same location and hit the same place on the target.  If they miss, they get a letter.

If the first shooter fails to connect on the shot they called for, the range is open for the next shooter to call their own shot.

Play until someone spells HORSE, or whatever word you’ve decided upon. 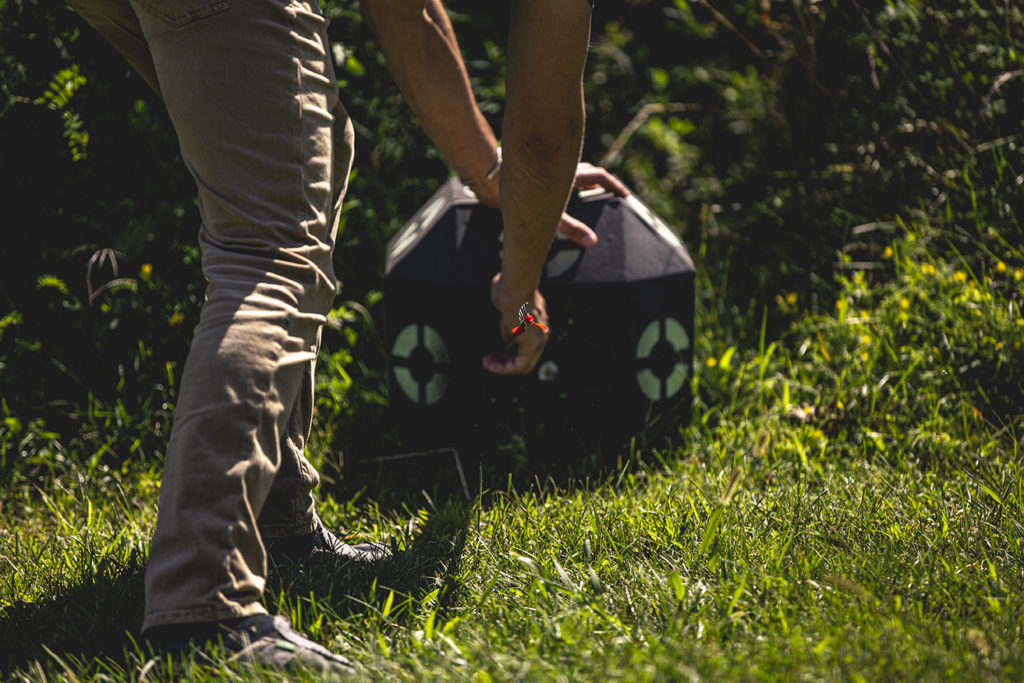 Ok, so this one isn’t exactly kickball, per say.  But you’ll find a target like the Rhinehart Field Archery Ball or their 18-1 target to come in handy for this game, so we’re calling it Archery Kickball.

This game works best in larger yards or an open field.  Before you begin, determine a scoring system based on the marks on the target.  Take turns throwing the ball to random distances, and alternate shooters.

To make the game more challenging, avoid using range finders, but always know what is behind your target, because someone is bound to miss sooner or later!

This game is especially valuable for hunting season preparation because it can greatly increase your distance judgment.  As we all know, game animals don’t always follow the script and don’t always come through our pre-ranged shooting lanes, and in many instances, there isn’t time to get a range finder out.

For traditional archers who choose to aim instinctively, this particular game is a valuable tool for honing your trad skills.

Keep It Fun and Enjoyable

Keeping archery practice fun and enjoyable is the number one goal.  If the competition is too much for you, or it is having a negative impact on your target panic symptoms – adapt the game accordingly.

If you would like to find more information on hunting and shooting with a traditional or compound bow, check out the OMP blog archive on our website.