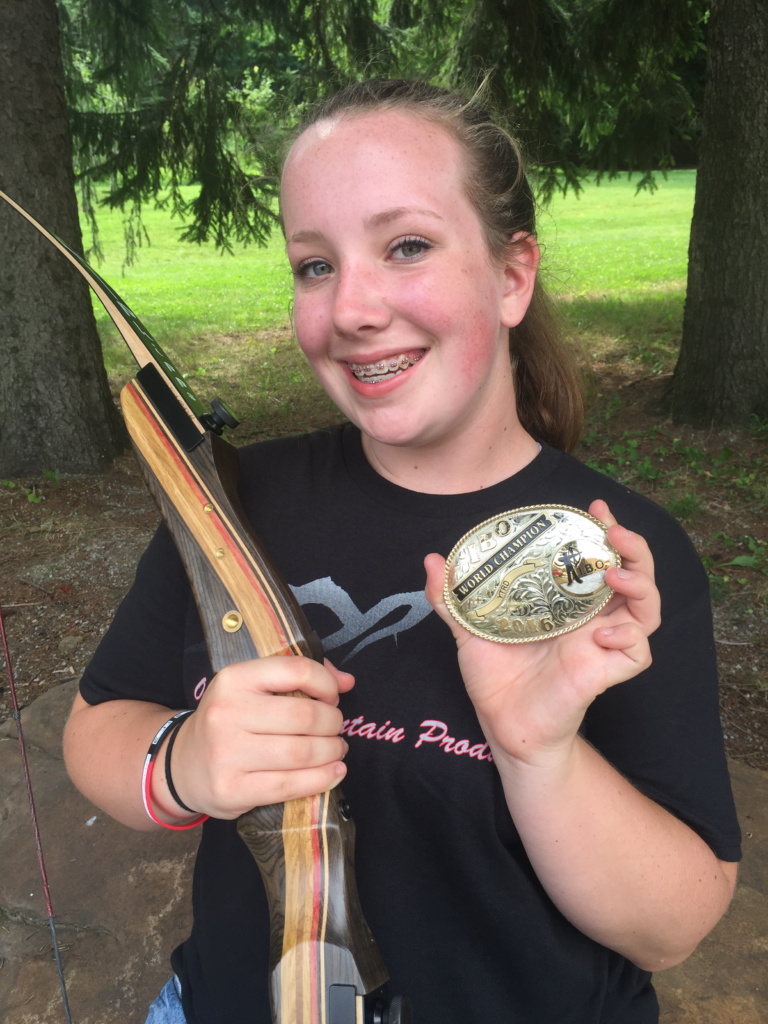 Phipps became involved in archery just four years ago, and has been shooting the OMP Smoky Mountain Hunter for a year and a half. In addition to IBO and ASA shoots, she is on the Peterstown Middle School Archery Team, and has been named to the 2016 NASP Middle School All-Academic Team.

“In the future, I will be shooting in many more tournaments,” said Phipps. “I will try my best to shoot in the 3 legs of the IBO and as many IBO and ASA tournaments that I can, as well as participating in all the local tournaments if possible. I would like to expand my tournaments and shoot in some indoor, NFAA, and spot shoots.”